Historical Places to Visit in Mauritius

Mauritius is mostly known for its  golden beaches, fauna and flora along with a magnificent picturesque scenery that it offers, which makes it a dream destination for honeymoons and family getaways. Undoubtedly, Mauritius is a little tropical paradise for those who are in search to have quality and memorable time with their loved ones. However, there is much more beyond this beautiful and magical island with it’s Historical Places to visit in Mauritius

Mauritius has diverse cultures and traditions, and a huge part of it, is attributed to the history of the island. The island was once ruled by the French, British and Dutch between the 16th and 20th century. The history of this small paradise island is absolutely fascinating once you get a better insight of it. There are many historical places in Mauritius that should be on your must-visit list, so as to have a better understanding regarding the culture and history of the island. 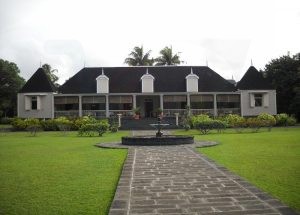 One of the best historical places to visit in Mauritius, for those who are interested in the colonial history of the island. The manor of St. Aubin is situated on an old plantation and goes back to almost two hundred years. The property was once a sugar manufacturing factory but it was later moved in the seventies. Nonetheless, this huge estate is now home to a rum distillery. There is also a vanilla house, tropical garden and spice garden as well. On a guided tour there, you will be able to see how life for the colonialists were on the plantation. You will also get to enjoy a five-course Mauritian lunch at its fabulous restaurant, with fresh and local ingredients on its menu. 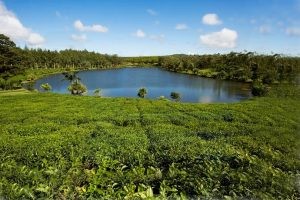 Bois Cheri is a famous tea plantation in Mauritius, which makes it one of the three most noticeable stops on La Route du Thé. Covering an area of around 250 hectares, these tea plant enclosures are best viewed  through a guided tour where you will get a profound understanding about its history as well as the workings of the plantation. Moreover, there is an exhibition space as well and you get to sample teas at the  of end tour, making it one of the must-visit historical places in Mauritius. 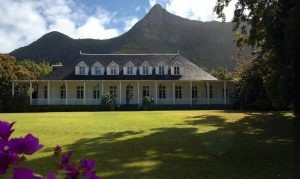 Eureka House is another colonial mansion built in the early 1800’s. This place has now been converted into a museum, showcasing the life of the colonialists in the past. It holds its reputation as being one of the largest houses in the island with 109 doors and windows. The house is filled with antiques and old maps which are dated back to the 19th century and are very symbolic to the French East India Company. This Creole Mansion is certainly not a place to be missed upon your visit in Mauritius. 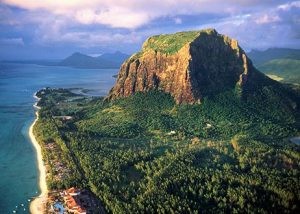 Le Morne Brabant is one of the most must-visit historical places in Mauritius, an iconic mountain which is located on the southwest of the island. This place was a shelter to numerous slaves who had managed to escape their masters back in the day. Given that the place was dangerous and not easily accessible, the slaves built up small communities and settled in caves. This spot is now a symbolic image for their fight of freedom and has been declared as a UNESCO World Heritage Site. Le Morne Brabant has a hiking trail where you will be guided by professionals for a three to four hours hike.  You may as well simply visit the memorial site at the foot of the mountain where you will get some insights about the history of the site. 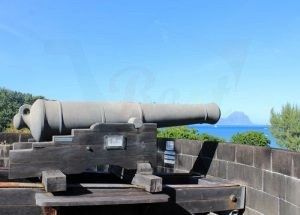 Built in the 1800’s, the five towers were used by the British as a protection barrier from the French, who were attempting to instigate the slaves. The tower is now converted as a museum which is located at La Preneuse.  On a guided tour of the tower, visitors are given in depth details on the extraordinary architecture of the towers and their purpose to the British back in the days. Quite impressively, these towers are all three meters thick, with copper cannons that could shoot at a range of 2 kilometers. Unlike the rest of the historical places in Mauritius, this place is quite different and is well worth a visit.

This military building was built in the 19th century by the British, which also goes by the name of Fort Adelaide. It is a very popular site where panoramic views of the capital, Port Louis and the harbour can be seen from the top. The barracks of the fort have now been converted into boutiques where you can pick souvenirs from. 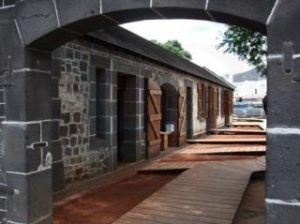 One of the most important historical places in Mauritius is Aapravasi Ghat. It was once the Immigration Depot for Indian indentured labourers where they were sent once they reached the island. The site is situated on the shoreline in the capital city of Port Louis and houses the remains of the buildings along with models added to them in order to make the spot more genuine. Moreover, the site has now been declared a UNESCO World Heritage Site. 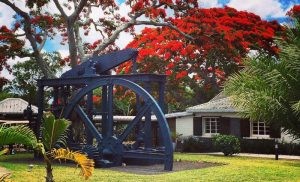 The Beau Plan Sugar Mill is another sugar factory built in 1797 and was closed in 1999. It is considered to be one of the top historical places in Mauritius. Beau Plan is now serves as a museum where it showcases the history of sugar in Mauritius as well as the practice of slavery to rum trade in the island. The tour of the museum will take around 3 hours where you will get a profound understanding of the history of the place through interactive sessions. Moreover, at the end of the tour, you will get to taste a variety of sugar that were originated from Mauritius itself. 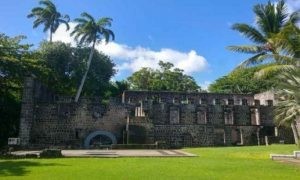 It goes by the name of Arsenal Bay, this ruins of a French Arsenal is situated in the north of Mauritius, right in a bay area. It is not popular as the other historical places in Mauritius, however, this place was once a thriving foundry where cannons and other military supplies were being produced. The foundry was destroyed in 1774 due to an explosion causing the death of around 300 slaves. You can stop by for a visit if you are in the area or staying at Maritim Hotel. 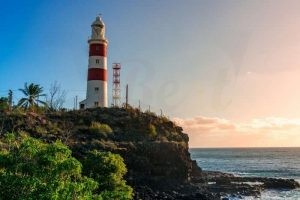 During the colonization period in Mauritius, in the 18th century, numerous lighthouses were built in order to help ships navigate the sea. Eventually, this resulted to an increase in export and import in the island.

The Albion Light House, otherwise known as Pointe Aux Caves, was built in 1910 under the government of Sir Charles Cavendish Boyle. The lighthouse is located in the village of Albion, on a magnificent cliff edge by the side of the ocean. Quite impressively, the height of the lighthouse is 30 meters and is still operational as it provides guidance to ships that arrive at the Harbour of Port Louis. The place is very popular among the locals and tourists due to its magnificent panoramic views and peaceful atmosphere.

If you are planning your next trip in this beautiful paradise island soon , do cover these historical places in order to get to know more about Mauritius. These fascinating places will surely make your trip more fun and magical while enjoying your holiday in Mauritius.

Best.mu provide the best deals of hotels, sea and land activities in Mauritius at the lowest possible price with the highest quality deals.

We are always trying to improve the service we offer to our customers to provide them with the best experience. 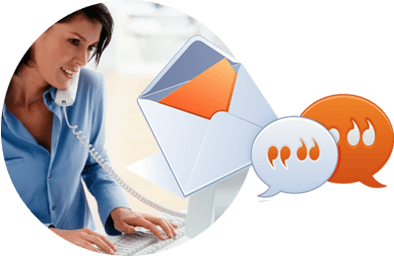